Chair of Economics and
Information Systems

The Chair of Economics and Information Systems focuses its course offering and research activity on the role of information and decision-making in economics and business life. The research interests at the Chair span the business impact of the information economy, and of electronic platforms; the design and optimal regulation of market and non-market processes; the study of decision-making and strategic interactions.

Besides teaching and research the Chair is also actively engaged on industry projects, which typically focus on innovation at the interface of business and technology. In recent years, the Chair has supported national and international industry partners ranging from technology startups to large corporations and industry associations. 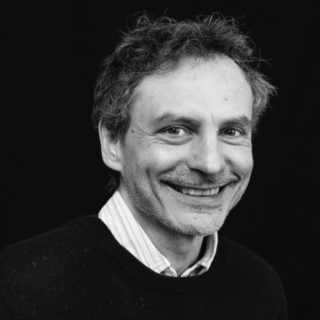 The quote is attributed to von Neumann, a great mathematician who pioneered the foundations of such disparate fields as computer science, physics, and economics. I personally find the quote especially inspiring in the context of management, and as a teacher strive to communicate the same lucid, goal-oriented attitude towards business life to my students.

After studies in Economics and Business Administration in Berlin, Frankfurt (Oder), and Leipzig and Mathematics in Hagen, I worked as an Interim Chairholder for Mathematical Economics at the Center for Mathematical Economics (IMW) of the University of Bielefeld for two years. In 2013, I joined HHL as a Research Associate and Senior Research Fellow at the Chair of Economics and Information Systems. From 2015 to 2017, I was fully funded by the German Research Foundation (DFG) as a Research Professor at HHL on the project “Solidarity and performance-relatedness in cooperative game theory”. Since 2018 and until 2020, again funded by the DFG, I work on the new project “Cooperative games, replicator dynamics, and stability”.

Most of what I’m doing is very technical with seemingly little practical relevance. For many weeks and even months, I sometimes think about an intricate proof of just one game theoretical conjecture, where it is not clear at all whether it holds true or not. Besides good trust in my intuitions, I often have the feeling that a particular result is so beautiful that is must be true. And in the end, the chain of reasoning that establishes its truth appears to be beautiful too – beauty is truth, truth beauty. That’s what keeps me going. The perhaps best example of such a result and its proof can be found in my recent paper “Symmetry, mutual dependence, and the weighted Shapley values”, published in the Journal of Economic Theory (178, 2018, 105-123).
Regularly, I act as a reviewer for scientific journals as for example Econometrica, the American Economic Review, the European Journal of Operational Research, Games and Economic Behavior, the International Journal of Game Theory, the Journal of Economic Theory, the Journal of Mathematical Economics, and Theoretical Economics and also for the German Research Foundation (DFG). In 2022, I will be the local organizer of the annual European Meeting on Game Theory hosted by HHL this time, which usually attracts about 150 researchers not only from Europe but also from around world.

The Chair of Economics and Information Systems has been developing and integrating into its teaching offering novel digital education solutions for virtual participation in the classroom. This includes live streaming of all its courses and seminars, customized audio Q&A support and remote control, and virtual reality. Furthermore, the video recordings can integrate other course materials during exam preparation. The course offering aims to provide cross-disciplinary knowledge relevant to the complex challenges of tomorrow’s managers and entrepreneurs.

Economic theory deals with rational decisions within and outside of markets and therefore provides a uniform language and methodology in many fields of business economics, from finance to strategic organizations. The recent emergence of computerized networks created exciting new opportunities for the design and commercial exploitation of novel digital technologies and business processes.

Reflecting this new reality, research focus at the department lies at the interface of economics and information sciences, and in particular on the foundations of decision theory and game theory, information theory, and agent-based artificial intelligence, the design of electronic markets, the estimation of consumer preferences, quantum information, social choice, and mathematical finance.
While the research focus of the Chair is theoretical, many of the results carry implications for various business fields, including market design, strategy, business intelligence, negotiation, finance, economic networks, regulation, and corporate governance.

Foundations of Game and Decision Theory

In August 2017 Deutsche Bundesbank decided to support Prof. La Mura’s research at HHL by providing a three-year research grant of EUR 50.000 per year.
As a first topic, the project investigates the consequences of quantum-assisted trading on the stability of financial markets. Prof. La Mura, describing the work, writes: “Wide-area quantum networks are quickly approaching commercial availability, and with those will come novel opportunities and threats for high-frequency traders and market operators. In previous work we took a trader-centric perspective, and showed how the availability of quantum resources can impact trading performance in distributed scenarios. We now aim to understand, through formal modeling, the market consequences of quantum-assisted trading, particularly regarding the dynamics and stability of prices on different exchanges”.The second topic explores the occurrence and impact of classical, but quantum-like interference effects (e.g., regret and rejoice) in financial and market decisions. The aim is to provide a context-dependent decision framework for rational decision-making able to capture those effects in financial and economic modeling.
In the last year the above lines of research led to a U.S. patent (A. Brandenburger and P. La Mura, “Quantum-Assisted Load Balancing in Communication-Constrained Wide-Area Physical Networks”. U.S. Patent No. 10,056,983, August 21, 2018.), and two new publications:
Brandenburger, P. La Mura, G. Scarpa, “Quantum-Assisted Observatories in Space”. Proceedings of the 69th International Astronautical Congress, Bremen, Oct. 2018
La Mura, “Contextual Mechanism Design”. In Social Design: Essays in Memory of Leonid Hurwicz. W. Trockel (Ed.), Springer. (forthcoming).

DFG continues its funding for research at HHL

The Observatory for Parliamentary Systems is an online platform which was created with the aim of making the functioning of parliamentary systems more transparent. We track parliamentary elections around the world, and forecast governing coalitions and power distribution based on current poll data and public campaign commitments. Our predictions rely on next-generation political analytics tools based on game theory.