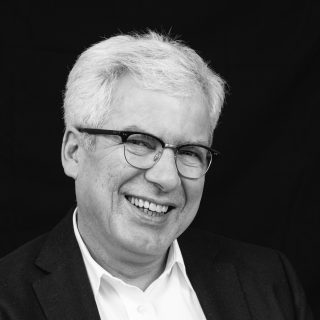 The ideas of economists and political philosophers, both when they are right and when they are wrong are more powerful than is commonly understood. Indeed, the world is ruled by little else.
(John Maynard Keynes, 1936)

Prof. Dr. Wilhelm Althammer
Holder of the Chair of Macroeconomics

Over the past decades, trends like globalization and deregulation, especially of financial markets, have made the world increasingly interconnected and complex. Economists usually try to reduce this complexity by developing and analyzing models to convey the fundamental forces. The Chair of Macroeconomics, aims to provide students with a thorough understanding of the methods of economic reasoning and modeling in the field of macroeconomics, international finance and economic policy. Our classes should enable students to see the broader picture when deciding on issues of strategic importance.

I am member of several professional associations, e.g. the Standing Committee for Environmental and Resource Economics of the Verein für Socialpolitik. Furthermore, I am member of the Network Microeconomics of Competitiveness at Michael Porter’s Institute for Strategy and Competitiveness at Harvard Business School. Last but not least, since 2017 I have been member of the Commission on Determining Concentration in the Media Sphere, a regulatory body to ensure plurality of opinion in private media.

At HHL, I am teaching courses in Macroeconomics, Competitiveness, International Trade, Environmental Economics and Research Methods. As described above, my goal in teaching economics is to combine rigorous economic reasoning, which is necessarily model based, with current economic problems.

The Chair offers a variety of courses on the introductory, graduate and advanced level in the fields of macroeconomics, competitiveness, trade and research methods:

Some politicians fear that a strict climate policy harms a country’s competitiveness and not necessarily reduces greenhouse gas emissions, because it gives energy intense industries an incentive to relocate to other countries. For this reason, the Chair of Macroeconomics develops an internationally comparable sector-specific measure of climate policy stringency, to then test whether certain sectors are subject to this so-called carbon leakage. This analysis includes not only developed countries, but also emerging as well as developing economies and is intended to support policy makers.
The Chair’s research is part of the joint project CliPoN, which is funded by the German Federal Ministry of Education and Research. Together with the Potsdam Institute for Climate Impact Research (PIK), the Centre for European Economic Research (ZEW) in Mannheim, and the University of Bielefeld the relationship between climate policy and the regional pattern of economic growth is enhanced from a theoretical, empirical, and numerical perspective. Thereby, the research project addresses the inclusion of the climate change challenge in the broader context of international trade, development, and the environment. It highlights the importance of research on the technical progress, innovation, and industrial structural change and of assessments of the risks and opportunities of growth and development in a decarbonizing world.

Chinese investments into Sub-Saharan African countries are differently perceived. Some see the problem that China tries to secure its growing hunger for resources with negative consequences for host countries and on world market prices in the near future. Others see the chance for poorly developed countries to close the gap to the advanced world. The master thesis took the view of the host countries: It analysed the effect of Chinese activities on the economic, social, and environmental development. To achieve this aim, it used a unique data set from the Heritage Foundation, a conservative US based think tank, on Chinese direct investments and large engineering and construction contracts. Three groups of countries were distinguished: Those that experienced FDI inflows only into the resource sector and had project contracts for infrastructure investments, those that had any Chinese activity, and those that had no Chinese activity. The sample in all groups was large enough for a statistical analysis. Despite the fact that the time series are short, the results were surprising: Countries with Chinese company engagement grew faster and had a more rapid development in manufacturing.
Moreover, countries in which Chinese companies were involved in infrastructure development grew faster than the other groups. Concerning human development and environmental development, which are measured by several indexes, countries with Chinese firms’ activities lag behind the reference group.

Guarantee banks are a part of the funding for small and medium-sized enterprises (SME) in Germany. They were founded to provide debt and investment guarantees in order tosolve the problem of insufficient loan securities from these companies. Therefore they support investment and company growth. On the occasion of the 20th anniversary of the Bürgschaftsbank Sachsen (Surety Bank of Saxony), Prof. Dr. Wilhelm Althammer, Dr. Oliver Hoßfeld and and Georg Siegert prepared a report in which they provide an overview of the activities of Bürgschaftsbank Sachsen(BBS) up to the present, put these activities in a national context, assess the effects on the Saxon economy and outline future challenges for the BBS. Since it was established, the BBS Trade issued more than 11,000 guarantees. Most of them were given to companies from handicraft and manufacturing. The data showed that about one third of all the supported businesses were start-ups. The BBS is in the top group in relation to the granted volume in the national comparison. Surveys among companies show that the guarantees support start-ups, facilitate transfers of business, increase the competitiveness of the individual businesses and strengthen the innovative power of the companies.
According to the authors‘ calculations, the BBS has granted an average  of EUR 60 million per year between2006 and 2010, triggering investments of more than EUR 130 million per year, increasing the Saxon GDP by almost EUR 200 million per year and creating almost 800 new jobs each year. “The objective in the future must be to further strengthen the Saxon economy and to increase the number of start-ups which is still relatively low compared to the Old Federal States,” explains Prof. Dr. Althammer. Due to the demographic change, the topic of transfer of business will come more and more to the fore.
The authors therefore conclude: “The BBS plays a significant role in both areas and can do even more in the future. With the investment subsidy being discontinued soon and the limitation of other funding, the importance of investment guarantees will grow in the future.”