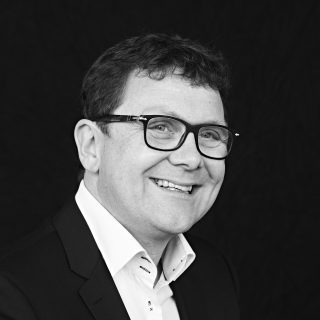 The Dr. Arend Oetker Chair of Business Psychology and Leadership focuses its research and teaching on state-of-the-art management practices and current issues in business psychology. Our main topics are Public Value Management (Gemeinwohl), Leadership & Management as well as Competency Diagnostics & Management. The HHL Coaching Program for students is based on our HHL competency profile. Our work builds on holistic thinking in the tradition of Wilhelm Wundt, founder of psychology and former teacher at Leipzig commercial college and Peter Drucker, father of modern management.

Now, more than ever, managers are supposed to socially legitimize corporate decisions. Innovation and growth require an environment of trust and appreciation. In this respect, we analyze social-psychological conditions and develop new approaches to personnel and business management.

The chair’s public value research is dedicated to the question of how an organization contributes to society with its core business and how this knowledge can play a role in corporate decision making. Today, management tools, such as the Public Value Scorecard© are applied in various organizations to account for their social value and to deduct strategic alternatives. A core project in public value research is the Public Value Atlas (GemeinwohlAtlas) which, for the first time, measures the societal contribution of best known companies and public administrations.
To enhance transfer of knowledge, we are in active dialog with top researchers and research institutions as well as with practice partners from industry and management consultancies. 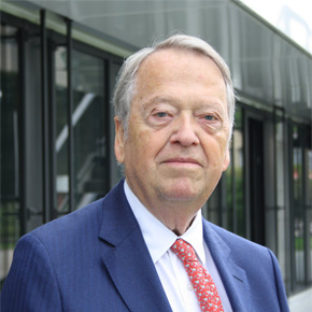 Responsible and sustainable leadership has always been important. The psychological component has become increasingly relevant in light of the challenges of current economic developments as well as changing political and societal framework conditions.

Dr. Arend Oetker, born in 1939, is a great-grandson of August Oetker, a German food manufacturer from the city of Bielefeld. After studying Business Administration and Political Sciences, he earned his doctorate from the University of Cologne in 1967. Oetker is majority shareholder and Honorary Chairman of the Board of Directors of the Hero AG nutrition company with its core business in baby food and jam under the brand name of Schwartau, Vice-Chairman and major shareholder of KWS Saat AG as well as Chairman of Supervisory Board of Cognos AG. He serves as Managing Partner of Dr. Arend Oetker Holding which pools several other companies. In addition to his entrepreneurial activities, Oetker is also a committed member of several associations and organizations. He serves, for instance, as President of the German Council on Foreign Relations, Honorary Member of the Board of BDI – Federation of German Industries as well as Member of the Board of the Confederation of German Employers’ Associations (BDA). As a lover of music and contemporary art, Oetker is a committed sponsor in these fields, holding a number of mandates. In 2007, he was awarded the Commander’s Cross of the Order of Merit of the Federal Republic of Germany. Oetker is married and has five children.