How Do I Convince My Boss to Support my Master Study?

by Petra Spanka | January 30, 2020
When preparing to study part-time it is important to get the employer on board at an early stage and discuss with them important framework conditions such as funding or time management.

I Want to Complete a Part-Time Program – How Do I Convince My Boss?

A part-time program is an option for many people who wish to change professions or continue to climb the career ladder a little further. Some students may have just obtained their Bachelor’s degree while others have been working at a particular company for several years.

A part-time Master’s program, which can be completed while on the job, would be suitable for both of these groups. When preparing to enter such an academic program it is important to get the employer on board at an early stage and discuss with them important framework conditions such as funding or time management.

Your personal checklist at a glance

Prospective students should consider the following points when talking to their employers:

Seek conversations with the employer early on

Gerrit Doyé completed his Bachelor’s program in Nuremberg and then started to work for an automotive parts supplier in Hannover. After three years of professional experience, he decided to apply for the Master of Business Administration (MBA) at HHL Leipzig Graduate School of Management and is currently completing his third term.

Prior to applying for the program, he talked to his employer and informed him about his plans to take up an extra-occupational program. All this happened long before enrolling at HHL as Doyé had mentioned his intentions of completing a Master’s program when he started working at the automotive parts supplier. “I specifically decided for a part-time program because I have always enjoyed working at my job very much so I could not imagine entering a full-time program,” Doyé explains.

“I specifically decided for a part-time program because I have always enjoyed working at my job very much.”

Doyé attaches great importance to the practical aspect of in this arrangement as he could apply the content that he learned in the lectures directly to his work in the company. He used this argument to win over his employer to the part-time Master’s program. After changing positions within his company, Doyé first had to adjust to the new job before he could start studying. “I already talked to my boss about the Master’s program during the interview for the new job, stressing that I would like to start after the adjustment phase,” says Doyé.

When the time had come, he had more talks with his boss, particularly about the framework contract. “The internal processes and approvals may take a little longer in a global company. Even if you receive verbal confirmation early on, you should expect the formal part to take some time,” Doyé remembers. Doyé, therefore, recommends talking to the employer as soon as possible so as not to miss potential entry exams or registration deadlines. Due to his work in human resources development, Doyé found it relatively easy to convince his boss to let him sign up for the part-time program.

“I can imagine though that prospective students have to work hard to persuade their superiors and that there might be longer negotiations with the employer,” says Doyé. If this happens, the part-time MBA student recommends preparing well for the conversation with a list of various arguments.

“The strongest point is mainly that the company will benefit from its employees receiving further training. You should emphasize to your employer that you will be able to apply the new knowledge from the lectures to the job instantly and that the whole department will benefit greatly from it. By supporting their employees, companies also have the opportunity to retain them contractually for a certain amount of time.”

In March 2014, Patrick Wunsch decided to study on the job and enrolled at HHL for the Master of Science program only a few months later. Just like Gerrit Doyé, he involved his employer in his plans at a very early stage and this was also his strongest argument to win them over for the part-time program. “My employer realized that I was well organized and looked into my future at this company early on, which earned me a lot of bonus points,” explains Wunsch.

Patrick Wunsch’s desire to study was also accompanied by a change of positions so that the various conditions for him completing a part-time program were discussed during the job interview. “I wanted to learn more about the different working time models from this conversation so that I could adjust my time management to the dual challenge of working and studying,” says Wunsch.

“I prepared a presentation which outlined the academic content of the program. I then established a connection to the benefit for the company.”

“My boss found it very important that I would remain at the office almost constantly so that I could continue to look after my projects,” Wunsch explains. “We ultimately agreed that I did not have to come to the office on Fridays or that I could leave earlier whenever a residential weekend at HHL was coming up or I had to study for exams.”

While the first conversation mainly focused on the organizational aspect of studying, Wunsch was given the task by his boss to pick a specific program and introduce it. “For this purpose, I prepared a presentation that outlined the academic content of the program. I then established a connection to the benefit for the company,” says Wunsch. While many aspects depend on the industry, it is generally a good idea to emphasize how the program has great practical relevance and how students can instantly apply the knowledge to their own job.

An employer’s point of view

Sebastian Müller has had a similar experience in talks like these, only he was on the employers’ side. Müller serves as Head of Operational Controlling at BASF and leads a team of about ten members of staff there. “One of my employees approached me about a part-time Master’s program a while ago. As a matter of principle, I appreciate staff showing initiative and considering their future in the company,” says Müller.

The company conducts interviews on the professional development of its employees on regular basis, therefore prospective students have enough time in advance to discuss their plans with the employer. “During the specific conversation about organizing the studies and tying them into everyday business at the company, I was mainly persuaded by the content of the Master’s program,” Müller recalls.

It is advisable that employees present the academic model to their boss in depth while stressing which content would benefit the company in particular. “Therefore, the first talks about the part-time program should not focus on time and money,” advises Müller. These framework conditions can be discussed later on in the process once the employer and employee agree on the academic content and have chosen a program at a certain university.

“I was mainly persuaded by the content of the Master’s program.”

“First, employees should not only examine their current position within the company but also think about how they can integrate the academic program into the job in the medium term. A career change within the company might play a role in this context as well,” says Müller.

After successful talks between employee and employer, the prospective students can often rely on their employer’s support in financial and time-related matters. Many companies cover fifty to seventy percent of the tuition fees and it is often agreed that the employee can use flexible working hours to prepare for the residential weekends. 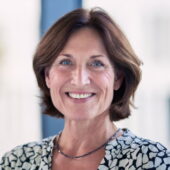 Hi, I´m Petra. With my background as an engineer and my many years of experience at HHL, I am your subject matter expert for all inquiries on our study programs and gladly advise you about the different opportunities. I look forward to talking to you about your educational journey.