by Alexandra Rothe | September 30, 2020
The “Welcome Week” offers a dive into the #hhlspirit. Our students get to know classmates from all of our programs and from all corners of the world, both virtually and on-site. Follow along as they take part in the team rallye and go on a bike tour.

Kicking off a new life chapter at HHL

The “Welcome Week” offers a dive into the #hhlspirit. Our students get to know classmates from all of our programs and from all corners of the world, both virtually and on-site. This community event lays the foundation for a powerful network that will support them not only through their studies but far beyond.

This year’s Welcome Week was particularly special as it was one of the first chances for many to experience an in-person event since the pandemic outbreak. New students across all programs gathered in Leipzig to tour the campus and explore the city. In line with health regulations, the students were split into small groups and the activities were spread out over multiple days. 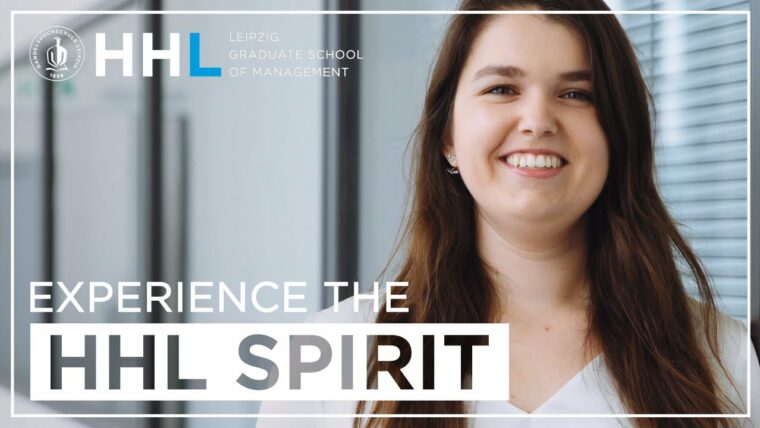 The team really is a special welcome event, where faculty and staff make time to answer the new student’s questions. As a small business school, HHL is a tight-knight community with short distances between offices and direct communication flow. The team really gives the new students the opportunity to get to know their classmates as well as the main campus in Leipzig. 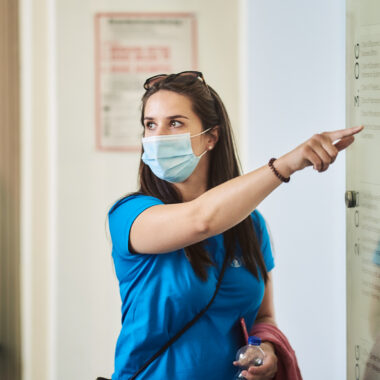 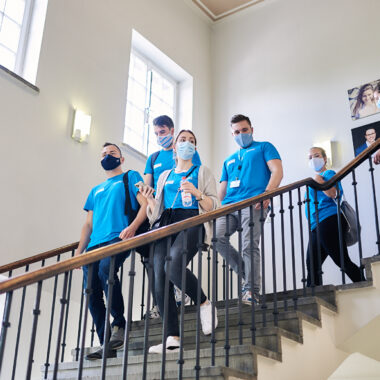 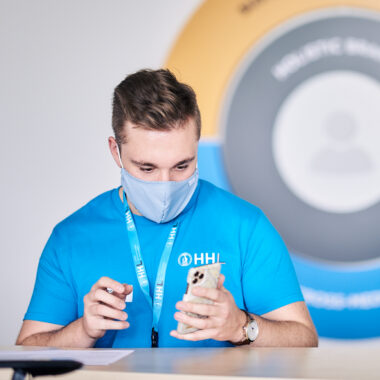 Guided by the questions the teams explore the department offices, collecting answers and navigating the university grounds. Some questions encouraged the students to make educated guesses, which often lead to interesting conversations with the staff and the administrative team. There was quite some surprise when the students learned that the HHL marketing team speaks seven languages in total.

Next, the exploration continued off-campus. The teams traveled by foot or public transport, venturing into the city center and its surrounding districts to learn more about the culture and history of Leipzig. The city’s historic center and spectacular architecture offer an impressive taste of what living in Leipzig looks like. Once the teams had collected all information they headed back to the campus, meeting up with all the other teams in the lecture hall. The winning teams received goodie bags filled with HHL merchandise and other gifts to kick off their new semester. 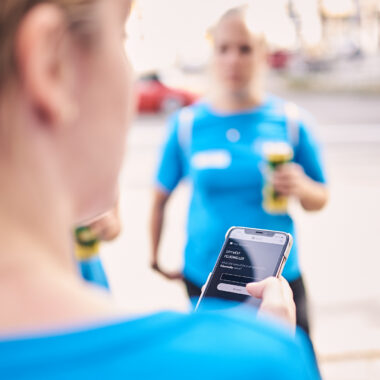 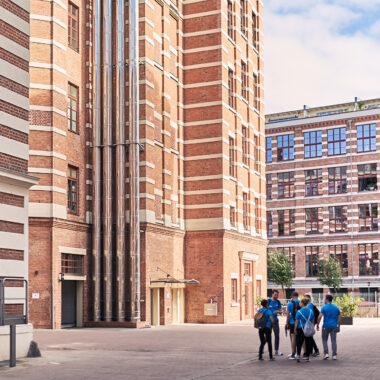 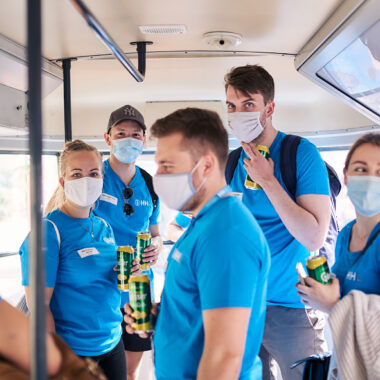 Bike tour through Clara-Zetkin-Park with Nextbike

A few days later, the fun continued for all students enrolled in the Master in Management program and Finance Track. With support from Nextbike, Europe’s bike share leader, the students gathered to go on a bike tour of the Clara-Zentkin-Park. Located close to the city center and accessible from the campus ground, the park is a popular place to meet friends, host a spontaneous barbecue or paddle along the winding Karl-Heine-Kanal. 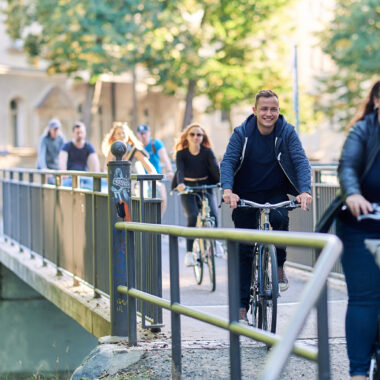 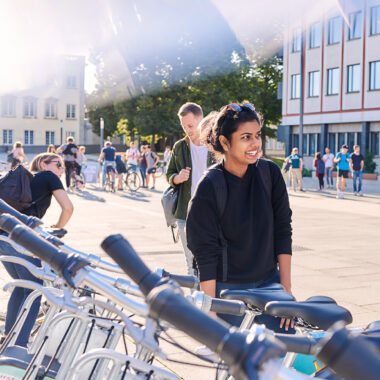 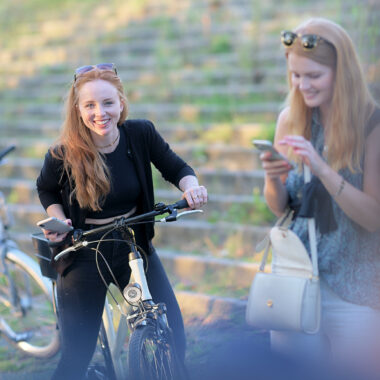 The beautiful fall weather made the outing especially enjoyable. As the students followed a specified route through the park, some groups decided to take breaks for a chat extending their tour into the early evening. The final meeting point was located at the beer garden Scheibenholz where the teams came together for dinner and drinks. The positive energy of the week continued into the night as students, faculty and staff exchanged stories and toasted a new life chapter.

We care about your educational journey

The bike tour marks the end of an exciting Welcome Week for our new students. With the hybrid enrollment ceremony, we welcomed all MBA, Master in Management students as well as all doctoral candidates and exchange students into the HHL Community. As the lectures commence and our new students settle into a new study rhythm, we look forward to accompanying them along their professional journey and seeing them grow into the leaders of the future. 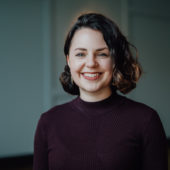 Hej there! I'm Alexandra, Content Marketing Manager at HHL. One of my favorite tasks is interviewing the HHL community and sharing their success stories with you. My goal is to create a digital home for all the experiences and stories found in our community - and hopefully inspire you to join us on one of our campuses in Leipzig, Cologne or Munich.

read all articles blog@hhl.de
related articles you may also like