Dr. Tessen von Heydebreck: Farewell for the Chairman of the Supervisory Board

by Prof. Dr. Andreas Pinkwart | December 11, 2020
HHL's Supervisory Board says farewell to their chairman of many years. Prof. Dr. Pinkwart reflects on HHL's development in the past years and expresses his deep gratitude for Dr. von Heydebreck's personal investment and leadership.

After many successful years as Chairman of HHL’s Supervisory Board, Dr. von Heydebreck’s will be retiring from his position. Professor Pinkwart, Chairholder Stiftungsfonds Deutsche Bank Chair of Innovation Management and Entrepreneurship reflects on HHL’s development in the past years and expresses his deep gratitude for Dr. von Heydebreck’s personal investment and leadership.

Dr. von Heydebreck became Chairman of the Supervisory Board in 2009, at a time when important strategic courses of action for HHL’s future development had to be cultivated, introduced and implemented. These measures had become particularly pressing in light of the global financial crisis, both regarding the financial and organizational situation as well as the conceptual alignment of Germany’s oldest business school.

It was all about the strategic reorientation as a scientific university of international renown with a clear focus on responsible leadership, entrepreneurship as well as international strategic management. 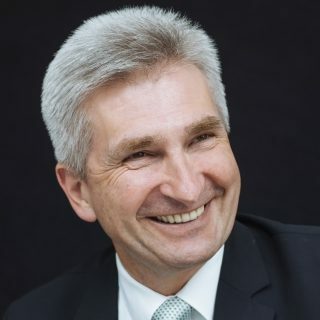 During his time as Chairman of the Supervisory Board, the university managed to take a giant leap forward in instruction and research and reached the necessary critical dimension. The number of professorships and students doubled, the number of buildings, study locations and programs tripled and the circle of supporters was extended and integrated into the school’s affairs in a strategic way.

As a result, HHL was able to hold its ground in the competition with the best German and European graduate business schools while sustainably increasing its visibility. Under his aegis, the new name, which is vital for HHL’s international positioning, and the new mission statement as a personal university were chosen and implemented. It was also during his time that the faculty developed the New Leipzig Leadership Model in close collaboration with the Supervisory Board, the Board of Trustees and the student body and incorporated it into instruction, research and knowledge transfer at the school.

While Dr. von Heydebreck chaired HHL’s Supervisory Board, the school achieved outstanding positions in rankings, received different accreditations on a national and international level and was consistently named Germany’s best entrepreneurial university. All of these achievements document the success of his work in an impressive manner.

Dr. von Heydebreck and, with him, Deutsche Bank are closely connected to HHL. Deutsche Bank set a milestone in the cooperation with the business school in mid-2007 through its endowment of EUR 1,000,000 for the Kramer Foundation of HHL. In 2011, at the same time Prof. Dr. Andreas Pinkwart was appointed Dean, the Stiftungsfonds Deutsche Bank endowment fund established the Chair of Innovation Management and Entrepreneurship at HHL.

Von Heydebreck, who has a doctoral degree in Law, joined Deutsche Bank in 1974. Between 1994 and 2007, he was a member of the Executive Board. During this time, Dr. von Heydebreck’s responsibilities included private and business customers as well as asset management. He was particularly interested in establishing and expanding the business in the Central and Eastern European countries, focusing especially on Russia and Poland. In his last position as the Chief Administrative Officer on the Executive Board, he oversaw the areas of HR, Legal, Auditing, Compliance and CSR, and was in charge of the region of Central and Eastern Europe.

Following the 2007 Annual Shareholders’ Meeting, he resigned from the Executive Board on grounds of age. He stayed with the company as the Chairman of Deutsche Bank Stiftung until January 1, 2013.

In 2007, he initiated the establishment of the German-Polish Foundation for the Preservation of Cultural Heritage and contributed endowment funds.

Dr. von Heydebreck is a member of the Supervisory Boards of Postbank, Vattenfall Europe, the German Energy Agency (dena) as well as the Foundation Board of Dussmann Verwaltungs AG.

For over a decade, Dr. von Heydebreck contributed his outstanding personality, experience and reputation, his valuable connections, extensive personal funds as well as precious time and personal commitment to serve HHL. He was a guarantor for the highest quality of instruction, research and knowledge transfer to all stakeholders of HHL.

The academic reputation and quality of the education were matters particularly close to Dr. von Heydebreck’s heart which influenced the positive development of HHL as a private university-level business school in a major way during this time. 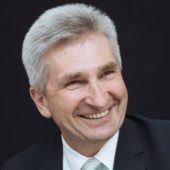 The focus of my research work in recent years has been on the areas of risk management of venture capital companies, the involvement of employees in the innovation process of companies, and the design of national and regional innovation systems. My current work focuses on the development of innovation management in times of digital transformation.