60% of Municipalities in Eastern Germany Expect Repercussions from the Pandemic

by Eva Echterhoff | September 03, 2020
This is the result of a student project conducted by HHL Leipzig Graduate School of Management in collaboration with the Leipzig-based energy company VNG AG.

A total of 83 percent of the municipalities in former East Germany foresee lower tax revenue due to the coronavirus crisis; 61 percent expect the aftereffects to last for years. This is the result of a student project conducted by HHL Leipzig Graduate School of Management in collaboration with the Leipzig-based energy company VNG AG.

For the survey, in-depth interviews were conducted with mayors and high-ranking officials from 36 municipalities with a maximum of 60,000 inhabitants from the Eastern German federal states. The study aimed to record the challenges for the municipalities and to derive measures for the future.

VNG is a group of companies active throughout Europe with over 20 subsidiaries, a broad, sustainable portfolio of gas and infrastructure services and over 60 years of experience in the energy market. The corporation, headquartered in Leipzig, Germany, has approximately 1,200 employees and generated billed revenue of approximately 10.5 billion euros in the 2019 financial year.

Along the gas value chain, VNG focuses on four business areas: trading & sales, transport, storage and biogas. On the basis of its core competency in the field of natural gas, VNG is increasingly focusing on new fields of business such as green gases, digital infrastructure and district solutions in line with its VNG 2030+ strategy. To find out more, please visit their website.

Investments halted in Eastern Germany due to pandemic

More than one in four (28 percent) of respondents stated that investments had been halted or pushed back because of the pandemic. A total of 72 percent classified their financial situation as difficult even without the coronavirus crisis. Almost half of the respondents (47 percent) considered demographic change and migration to be challenging. “

The per-capita income in Eastern Germany is 33 percent lower than in municipalities in Western Germany,” explained Prof. Dr. Erik Maier from HHL Leipzig Graduate School of Management, who led the project. “A further issue is the population drain which many municipalities are experiencing. Both of these effects make it difficult for them to deal with the losses caused by the coronavirus crisis.”

More than one in three of the interviewed mayors and community leaders see accelerated digitalization as a positive effect from the crisis.

Digital transformation and investment in education have high priority

More than one in three (39 percent) of the interviewed mayors and community leaders see accelerated digitalization as a positive effect from the crisis. The use of digital communication increased in numerous offices as a result of the coronavirus-related restrictions. It also became apparent how important broadband internet connections are for the municipalities — particularly with regard to offering education and attracting families. For this reason, the promotion of digital transformation in rural areas is seen as vitally necessary.

The majority of municipalities (69 percent) view future investments in the areas of education and childcare as particularly important. Road construction also has a high priority for more than half of the respondents (58 percent). Investments in the energy infrastructure, however, are considered to be less relevant as only 19 percent assign the highest priority to this area. 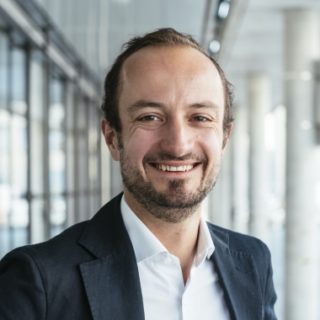 “It became clear that for many municipalities in Central Germany, investments in digital infrastructure and education are very high up the list while sustainable energy solutions are not necessarily considered to be a priority. The municipalities often have a relatively passive attitude, waiting for specific instructions from the state government or support from the economy and displaying skepticism towards public-private partnerships. The smaller the municipality, the more difficult the situation because of the lack of resources”

“We consider ourselves to be a strong partner of municipalities, especially against the background of the energy turnaround. Therefore, the results are extremely helpful in better assessing the challenges and needs and adjusting the way we support communities,” comments Bodo Rodestock, Member of the VNG Executive Board.

“We were surprised to learn that building and converting infrastructure in the energy sector often plays a subordinate role. We need to raise more awareness because this area requires a lot of effort for us to be able to achieve the climate targets.”

About the field project Read more

Led by HHL’s Prof. Dr. Erik Maier and professionally supported by the Leipzig-based energy company VNG, four HHL students conducted in-depth interviews in 36 municipalities covering their respective challenges as a part of VNG field project. The municipalities had a population of a maximum of 60,000 people and were spread all over the five Eastern German federal states, with ten each in Saxony and Saxony-Anhalt respectively, six in Brandenburg and five each in Thuringia and Mecklenburg-West Pomerania.

For the field project, the students took on the roles of corporate consultants under the supervision of an HHL chair. In the interviews, the local representatives also spoke about their expectations and fears. Mayors, for instance, would wish for more autonomy. The municipalities listed bureaucracy as one massive cost factor which also slows down project development. Regarding finances, the municipalities would like to see more support but, at the same time, are skeptical of public-private partnerships. Contractually regulated cooperation between public authorities and the private sector could compensate for the lack of financial resources.

In the rural municipalities of Eastern Germany, the topic of renewable energy is mainly advanced by public utility companies. The expansion of solar energy systems is often difficult because of preservation orders protecting historical monuments. The utilization of hydrogen does not currently play a role in the municipalities as they are lacking the required infrastructure.

Companies interested in conducting a practical project can contact HHL via employer-relations@hhl.de to learn more about partnership opportunities.