Schröder discusses leadership in the economy and politics at HHL

Within the framework of its Leipzig Leadership Lecture, HHL Leipzig Graduate School of Management welcomed Gerhard Schröder, former Chancellor of Germany, as a guest speaker on May 17, 2019. During this series of public lectures, representatives from politics and the economy discuss leadership culture and their experience with professional leadership. Moreover, it presents students with an opportunity to reflect upon leadership experience, success and failure. “The human being has to be at the center of sustainable decisions. To be able to make these decisions, a person requires leadership competencies which we would like to convey to our students by incorporating the Leipzig Leadership Model into our curriculum,” said HHL Dean Stephan Stubner welcoming around 450 guests. Stubner passed the floor to “one of the most charismatic leadership personalities of the past decade” — Gerhard Schröder, who served as the seventh Chancellor of the Federal Republic of Germany from 1998 to 2005.

Starting his speech, Schröder called upon the audience to vote in the upcoming EU elections, saying, “Accept responsibility and go vote! You can help decide the future of Europe. Europe is more than just a common single market and monetary union. Previous generations could only dream of open borders.” Schröder said Europe was currently in a fragile state characterized by disintegration. Politics had to provide the structures to tackle the present challenges.

No alternative to multilateralism

Schröder held Germany accountable as Europe’s largest national economy. The American “America First” politics represented both challenges and opportunities for the European Union. Germany should not follow this course but stand for peaceful solutions, an open society, fair trade and climate protection. “Renationalization is no solution to the problems. There is no alternative to multilateralism,” Schröder continued. The EU should confidently exert its own interests and implement them by increasing cooperation.

According to Schröder, Germany and France are the driving forces of European integration and, therefore, have to assume political leadership. This means “preparing compromises on an EU level that can gain majority backing, not patronizing other member states and bearing the costs of wrong decisions.” This kind of leadership would have to include the following four main aspects.

In closing, Schröder addressed the HHL students, saying: “This is a time of opportunities for you. The world is at your feet. Maintain your curiosity in foreign things and take the liberty to explore them. Be open for new things and fight for the project Europe.” The subsequent discussion was moderated by Prof. Andreas Pinkwart, Minister of Economic Affairs, Innovation, Digitalization and Energy of the State of North Rhine-Westphalia. Schröder criticized the public’s harsh interaction with politicians, especially on social media, stating, “We must find a less defamatory tone from the federal to the local level.” When asked how quickly the EU needed to react in light of the challenges, Schröder once again pleaded for the EU to act with confidence and overcome its reservations as soon as possible and for the EU Commission to assume a leading position.

“Today, you impressively demonstrated that a sense of humor and humanity are also components of good leadership.” 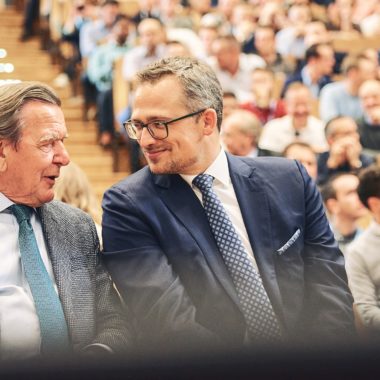 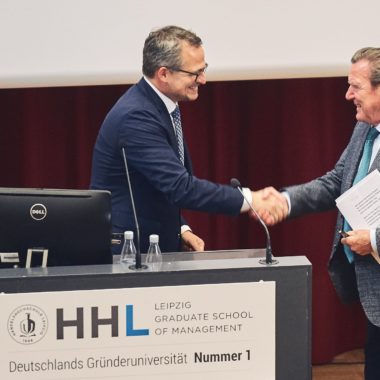 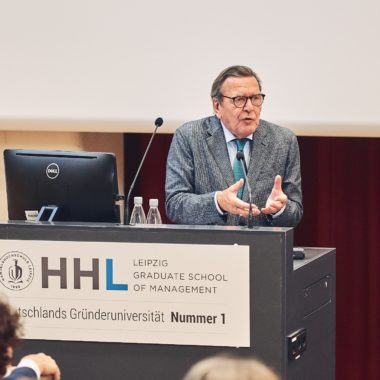 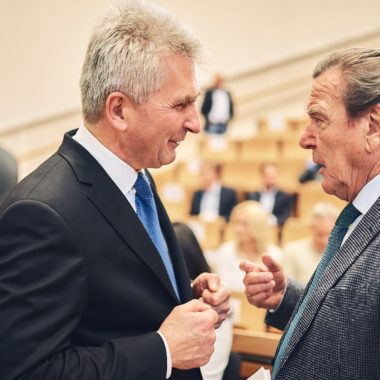 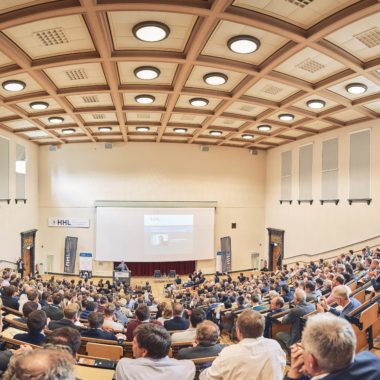