The Center for Corporate Governance was established in April 2010 and is one of HHL’s established focal points in research and education. In its work, it also aims to achieve practical relevance.

The Center is under the direction of an academic board consisting of Prof. Dr. Marc Steffen Rapp (Philipps-Universität Marburg), Prof. Christian Strenger (Frankfurt) and Prof. Dr. Michael Wolff (Georg-August-Universität Göttingen).

The Center’s research deals with questions related to the relevance of good governance to performance, diversity and the development of corporate governance in emerging countries. Prof. Christian Strenger, co-director of the Center and member of the German Corporate Governance Commission and numerous supervisory boards, explains the CCG activities: “Apart from research and education especially in the area of corporate governance and performance, targeted events promote professional exchange between research and practice.”

The CCG cooperates with national and international entitites (including the IFC Global Corporate Governance Solutions Program). It is supported by DWS Investment GmbH and E&Y Wirtschaftsprüfungsgesellschaft.

After the corporate scandals in the nineties, several codes of good governance have been established around the world. These codes then became a central element in the public discussion of governance issues of listed companies. This project analyzes the acceptance level of the German Corporate Governance Codes among large, German listed companies.

The Code Compliance Study examines annually the acceptance level of the current version of the German Corporate Governance Code (GCGC) within DAX and MDAX firms. The study analyzes overall compliance, as well as the firms’ compliance behavior on the level of ‘Shall’-Recommendations and ‘Should’-Suggestions. In addition, the study examines the firms’ governance quality based on four specially constructed governance indices that represent the key areas of governance (transparency, monitoring/control, incentives and diversity). Moreover, compliance behavior with respect to GCGC’s suggestions as well as the relationship between firm characteristics and compliance levels is analyzed. Overall, the study presents a broad and comprehensive view on code compliance behavior of German listed firms.

Current regulatory initiatives have created a difficult situation for institutional investors that are obliged to vote but are unable to do so due to severe hindrances in the present chain method for cross border voting. A suitable framework in form of a voting platform is proposed and analyzed how legislators and regulators can support such a voting platform to enable investors to exercise their voting rights.

Among listed companies, family ownership, or high influence and control remain relevant topics – especially in Germany. However, the public debate about regulation of corporate governance mostly builds on the paradigm of the widely held firm. This project analyzes whether and to what extent family firms are willing to adopt best-practice rules proposed by the German Corporate Governance Code.

A Paradoxon of Policy Intervention: The Case of the German Tax Reduction Act and its Counterproductive Effects

The German Tax Reduction Act of 2000 abolished the taxation of capital gains from book profits resulting from equity holdings in order to encourage banks, insurances and other investors to sell low yielding equity stakes and to broaden the share ownership structure in Germany. Contrary to the key political intentions of the policy makers, the tax reform led to more concentrated ownership. This unintended development in equity ownership concentration, however, led to a positive impact on firm value. According to our theoretical model, this value creating effect is attributed to a favorable reshuffling of agency costs.

Investment and Financing of Family Firms

Family ownership among listed corporations has significant influence on the financing and investment behavior of such firms. While widely held corporations might favor external capital over internal funds, this relation might be reverse for family firms. This project analyzes the relation of internal cash flows and investments in German family owned firms using a multi-equation approach.

Workshop on Corporate Governance and the Capital Allocation Process Within Society

In 2018, the Center for Corporate Governance hosted the “Workshop on Corporate Governance and the Capital Allocation Process Within Society” at HHL Leipzig Graduate School of Management. More than 40 participants from six countries spent 1 1/2 days in Leipzig to discuss problems of corporate governance and the most current research by internationally renowned researchers from the field. Ten years after the financial crisis and three years after Dieselgate, the workshop’s panel discussion brought together senior scholars and experienced practitioners and discussed the question “Do we need more or less corporate governance regulation?”. 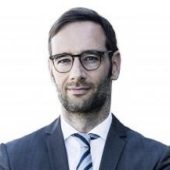 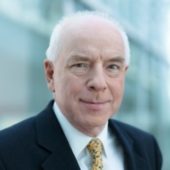 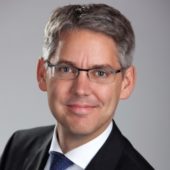