The Relevance of Context

An Insight Triggered by an Observation

Sometimes it is intriguing how reading the news of the day may trigger a conceptual insight. This is what happened when I read about the line of argumentation of Donald Trump’s lawyers in the (second) US impeachment trial.

Defense in the name of free speech

The defense of former US President Donald Trump’s lawyers was built on the argument along the lines of ‘Yes he used the word “fight”, but so do many other politicians, so this is nothing that justifies an impeachment. It is just about free speech.’.

One might say that the quality of their defense speech has little relevance for the judgment made by most of the Republican senators. I wonder whether the lawyers might as well have used the phone book of Washington D.C. as the base of their argument. But that is not the point I want to elaborate on.

Words can be very powerful, but only in specific contexts.

The flawed argumentation during the US impeachment trial

The aforementioned argument is so weak because it neglects (consciously?) a simple fact which we all know, at least intuitively, which is: context matters. Using the word “fight” in an ordinary speech to indicate that we will work hard to reach an intended result, is different from the way Trump used the word in his speech to the people on January 6th, 2021. The context is different.

Words can be very powerful, but only in specific contexts. The same words in a different context, uttered by other people to a different auditorium, can lose their impact.

This is interesting for many reasons. I want to introduce two today:

1// Good leaders are aware of the contextual dependency of their words. This is especially true for those words which have gained some relevance in the context of their organization, e.g., a company’s purpose or core values. If they have gained substantial meaning within the organization, the way they are used can make a huge difference.

For example, they may justify a change in the strategy and help to win the support of the stakeholders. This is one of the reasons why purpose is one of the core dimensions of the Leipzig Leadership Model.

2// Social media especially contributes to what one might call decontextualization. Words, arguments, pictures, etc. are stripped from their context. In a sense, this is inevitable. But it opens leeways to misuse decontextualized bits from speeches, actions, presentations and so on in a way that harms others and destroys reliability. Put differently, trust becomes more fragile and at the same time more precious.

Why we must invest in trust 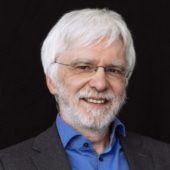