Joseph A. Maciariello: A man with a message

In memory of our honorary doctor Prof. Joseph Maciariello

I’ve only met Joe personally four or five times for longer conversations and yet it’s as if his ideas, his encouragement, and his warmth have always been present in my life. From every meeting, every mail, but above all from every publication speaks a friendly approach to the world, as it can only come from deep human love. It was really like this: To know him was to love him. Joe Maciariello was a representative of what I would call the human warmth theory. On July 1st 2020, Joe died at the age of 78 and we mourn for him.

I have known Joe for more than ten years. Before knowing him personally I was already familiar with him as a widely recognized and world’s leading Drucker scholar. Joe was the only scholar who was entitled by Peter Drucker to update his most influential works. Some well-known examples of their collaboration include the assembling of Drucker’s most powerful ideas into The Daily Drucker, The Effective Executive in Action, and the revision of Drucker’s classic text Management: Tasks, Responsibilities, Practices. 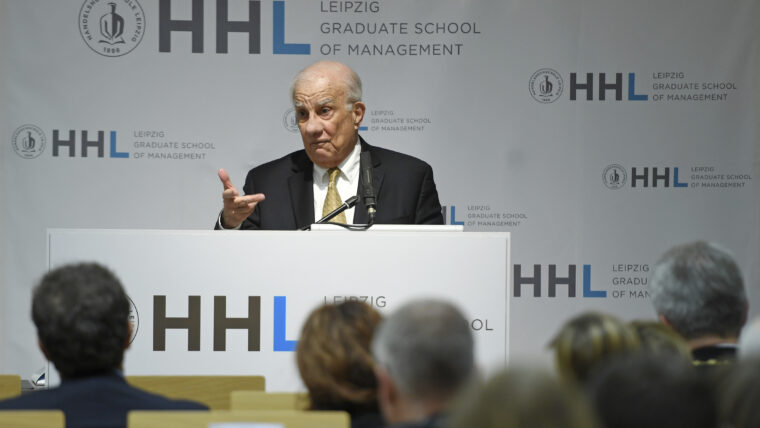 Interview with Prof. Joseph A. Maciariello on the Leipzig Leadership Model (2017)

Joe Maciariello has placed himself at the service of Peter Drucker’s work and by doing so has gone beyond it. When I ask him one day, why he devoted his academic passion to another scholar’s work, he replied shortly: “It was my calling, it was my duty.” Joe was a living example of a life principle to make oneself a means to an end which is bigger than oneself. I think he found himself and his voice through that. He didn’t have to be persuasive, he was convincing in his way of being. That is rare. Joe was one of the modest and humble scholars I have known. He made every word count.

For Joe, management was – very much in the line of thought of Peter Drucker – a “social function” and “moral force for good”, on that quality it depends whether we live in freedom or sink into tyranny. Joe has issued a warning to the academic community of the dangers of continuing down the path of treating management as a purely scientific discipline. From this starting point, he has developed new perspectives again and again and thus made a lasting contribution to what we today call “management” – extending and going beyond the work of Peter Drucker. For Joe, management was a Liberal Art that needs to be rediscovered. In doing so, he left us a legacy that we as descendants will need on our way through the uncertain 21st century.

At HHL Leipzig Graduate School we are proud that Joe has accepted an honorary doctorate from our institution. His advice and encouragement in developing the Leipzig Leadership Model was an important support for me in my reflection on whether a business school in Germany should venture forward and speak of a model “leadership” in which the idea of purpose and contribution to the common good should become a core message. “Go for it, it comes naturally”, was his friendly advice.

Joseph A. Maciarello was born 1941 in Troy, New York. After graduating from Union College in Schenectady, New York in 1967 with a master of science degree, he continued his PhD studies in economics at NYU.

In 2016 Prof. Joseph A. Maciarello received an honorary doctorate from HHL for his accomplishments in the development of management as Liberal Art in the sense of Peter Drucker, the father of modern management.

In recent years, he has placed hope in the principles of design thinking, as he saw at work with Steve Jobs and Apple, and sought answers to how unbounded innovation can be put at the service of society. “Virtue” and “Integrity” became increasingly important to him as key concepts in his way of thinking. Bear in mind, he was originally influenced by “Systems Dynamics”, which he had taken up and represented in his early studies and dissertation. Not systems, people make the difference. On Memorial Day, only a couple of weeks before he died, Joe finished his last book, which he considered his most important one. It will be available soon.

A last word: Kudos, to a lifetime of academic achievements. Joe, you had a message. Many try their best to carry it through. Including me. Keep it precious, my friend. 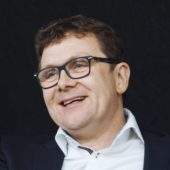